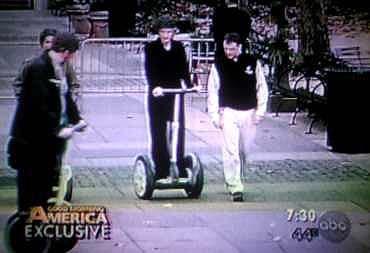 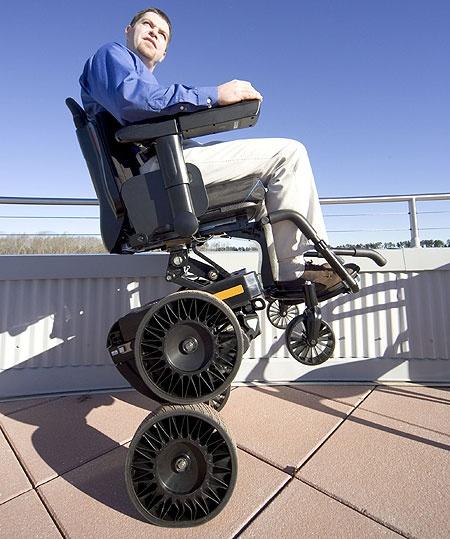 To design a wheelchair that allowed its users to sit higher off of the ground, however this resulted in a product designed to revolutionize the way able-bodied people travel the streets. The wheelchair Kamen did invent though called iBOT was discontinued in 2009.

3.       Did the inventor (Dean Kamen) fall off a cliff and die whilst riding his segway?

No, but the owner of the company that makes them did in 2010. Business man Jimi Heselden, 62 died after going over heavily tree-rooted terrain too close to the edge of an 80ft cliff.

The word ‘Segway’ is thought to originate from the word ‘segue’ which means ‘smooth transition’, however it is also known as a ‘personal transporter’

The Segway is a two wheeled, self-balanced, electric vehicle.

Simply through pushing the handle bars to indicate the direction of the Segway. This is done by fluid-based levelling sensors and the gyroscopic sensors detecting the shift in weight.

9.       When were segways first for sale to the general public?

10.   Segways are able to outpace the average squirrel... and pig…!

Desparate to have a go on a Segway? Book here!