4 Amazing Inventions from the inventor of the Segway, Dean Kamen 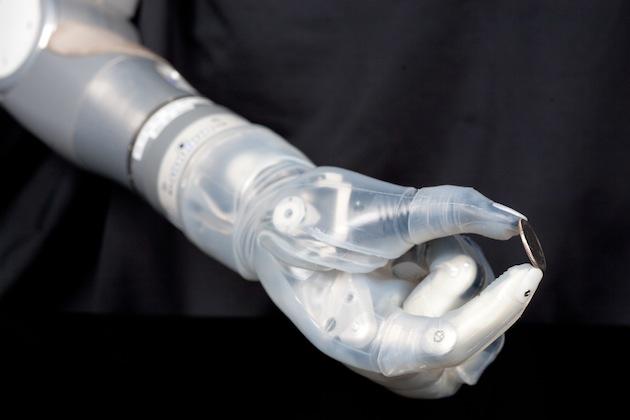 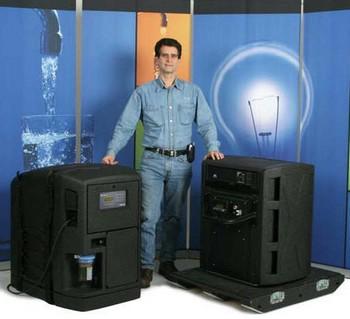 Dean Kamen is an American 'serial inventor' and entrepreneur and is probably best known for being the man who invented the Segway (thanks Dean!).

The first segway, code-named 'Ginger', was launched in December 2001 in New York with the unveiling broadcast live across the US on ABC's 'Good Morning America'.

Dean led a team who developed the Segway's unique 'Dynamic Stabilisation' system which monitors the riders centre of gravity around 100 times a second and balances itself.  It's a pretty incredible piece of engineering!

But that's not all Mr Kamen has done, he holds over 400 patents.  Some of his less well known inventions are just as weird and wonderful as our favourite 2 wheeled machines.  Here are just a few of his amazing machines.

Dean had a history of creating medical devices long before creating the Segway, including the iBot.  The iBot has two sets of powered wheels which can rotate around each allowing the machine to 'walk' upstairs.  It also contains sensors and gyroscopes which mean the chair can stay balanced whilst making manoeuvres on uneven ground, climbing up curbs or even raising the user up to eye level.

This technology led onto the segway itself.  The iBot was even code-named 'Fred' as in Fred Astaire, the dancing partner of Ginger Rogers after whom the first segway was named.

Sales of the wheelchair were discontinued in 2009, however, Toyota went into partnership with Kamen last year to work on a new, improved, lightweight version of the chair aimed at helping wounded military veterans.

The 'Luke' Arm System is designed to give it's wearers 'near-natural' control of the limb.  Unlike other prosthetics this system can understand multiple commands simultaneously allowing the user to perform everyday tasks such as using keys and locks, brushing their hair, removing letters from envelopes and many other simple things we all take for granted.

The system is very adaptable and versions of it can be made to fit just about anybody and, unlike many the metal hook type wearables commonly fitted to amputees, this battery powered prothesis is similar is size and weight to a natural limb making it more comfortable for the wearer.

According to Kamen, half of all human illness comes from water-borne pathogens.  More than 700 million people worldwide have no access at all to clean water.  Kamen's 'slingshot' is an energy efficient machine that can turn 'anything that looks wet' into pure water.  amen even fed his own urine through the machine in testing in front of a live audience to prove the machine works and has apparently tested it on sea water, mud and even raw sewage!

Using a small amount of energy (less than a microwave) the machine can process around 1000 litres of water every day (enough for 100 people to drink, clean themselves and cook) and is designed to run continuously and without maintenance for up to 5 years.

Kamen recently partnered with Coca-Cola in the hope of using their global reach to get this technology to all people in need of it.

If you register over 400 patents they can't all be world-changing wonders of technology.  Some of them are bound to be a little more weird than wonderful. Dean himself said "If you start to do things you've never done before, you're probably going to fail at least some of the time. And I say that's OK."  Back in 2006 Kamen was part of a group of inventors who registered a patent for a 'Controllable Launcher' which could be used to fire a 'payload' (person!) onto the top of buildings and other structures.

It was intended to be used by emergency services to gain rapid access to burning buildings or even by counter terrorism forces!

Apparently a 4 metre higher version of the machine would be able to fire a person onto the top of a 5 storey high building in a way that is so controlled that they would 'land gently at a safe impact distance from the edge.'  We don't know about you but we think we'll stick to riding segways!