Segway Robots are a thing and they are Amazing! 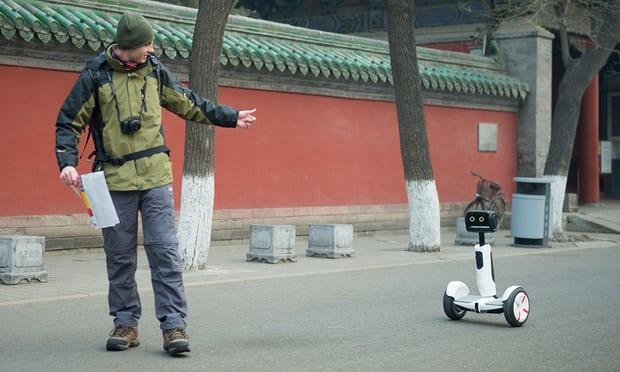 Named Loomo and adapted from the recently released Segway miniPRO, the Segway Robots are real!

Earlier versions of the Segway robot could be ridden to a destination and then be converted to a robot, with a screen for a head.  This could then follow you around and even film you.  The machines can sense it’s surroundings and recognise various objects, people and even voices.

Segway have now partnered with development partners to further develop the robots for more useful applications.  Take a look at Loomo Go, a delivery robot for use in offices!

Other developers are adapting the Loomo machines to assist the elderly.  In care homes in Singapore the units have been adapted to recognise the person they’re assigned to and to move them around in their wheelchair and pull them from one location to another as required.  Others have been adapted to interact with their ‘patients’ to help keep their brains active and to recognise early signs of dementia.

BMW and the Massachusetts Institute of Technology are among other developers adapting these androids for new uses.

Scheduled for release later in 2017 is Loomo X, a personal programmable droid which it is claimed can learn new skills over time.  By Christmas this year you could have your very own Segway Robot butler!